You are here: Landing » Contact » Committee Members » Our Janet 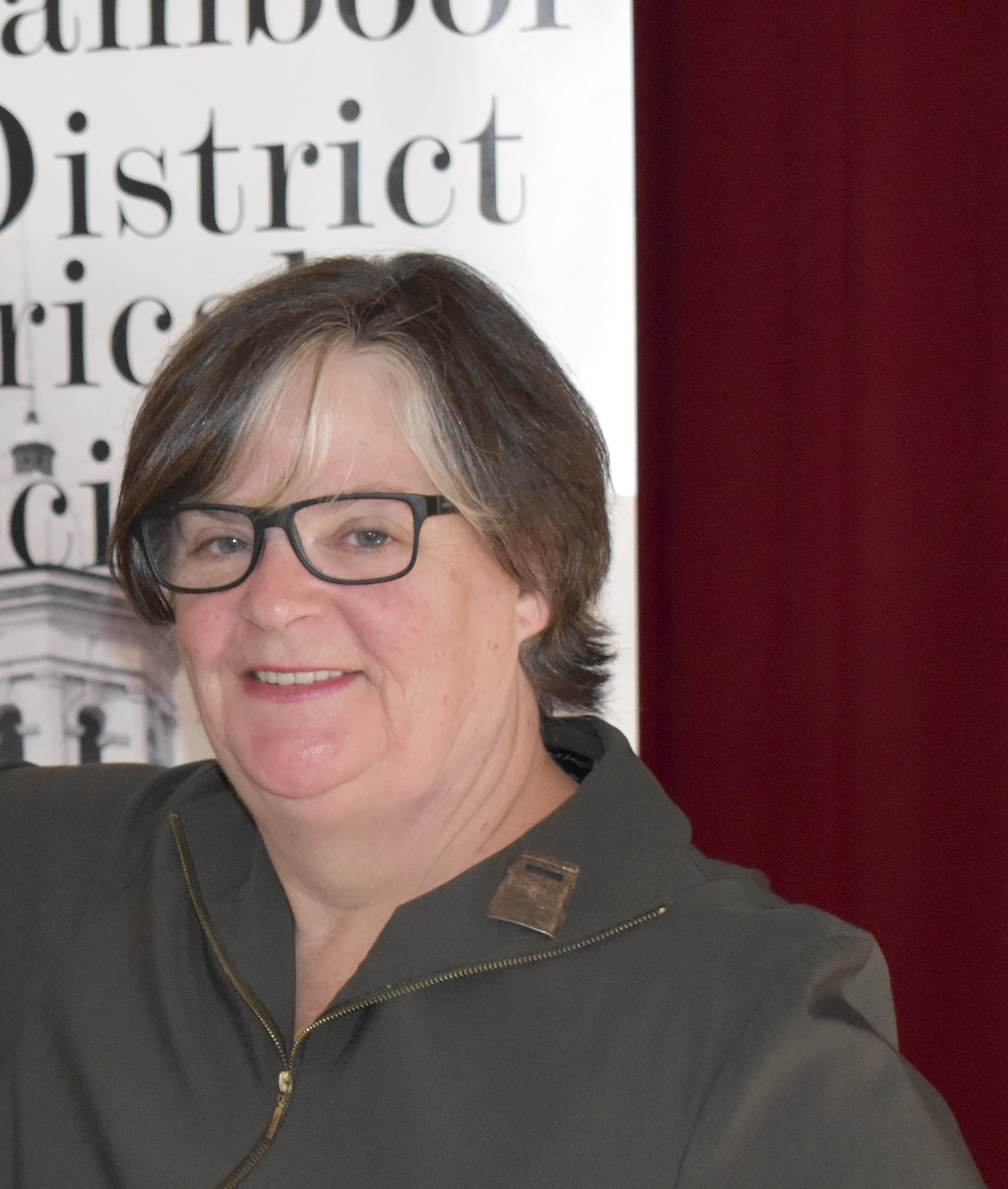 As you will read from the letter of support written for Janet, for her nomination for the Council on the Ageing (COTA) Victorian Senior Achiever Awards 2018, Janet is a very worthy recipient for the Citizen of the Year Award

How does the nominee make a difference to community wellbeing through their volunteering and service to social, cultural or civic life?

Janet is a generous volunteer who contributes to the richness of the social and cultural tapestry of Warrnambool through her leadership roles in four important community groups:

As current President of the Warrnambool & District Historical Society and past Vice-President and Committee Member for many years, Janet has contributed to the modernisation of the Society’s operations and the upgrading of its accommodation, including helping to forge a cooperative arrangement between the Historical Society and the Warrnambool Family History Group.  The two groups share a research centre, ‘HeritageWorks’, that holds a large collection of photographs, documents, books and artefacts which greatly benefits both members and the public. Janet prepares the Bulletin for members of the Historical Society which is witty, informative and strategic in content.

Janet is the current Vice President and immediate past President of the Friends of the Warrnambool Botanic Garden, and a Committee member since 2010. Janet has played an active role in all of the organisation’s endeavours including as one of the leaders in the 150th Anniversary Celebrations in 2016, which included a lavish gala event under the stars and a family fun day. As part of the Botanic Gardens birthday celebration, Janet suggested yarn bombing some of the tall palms would by a fitting way to attract attention to the Gardens. She figured the decorated trees would resonate with children who were familiar with the Truffula trees of the Dr Suess story The Lorax. Janet mobilised knitters from throughout the district from groups such as the CWA, wherein she personally sewed the pieces together, organised a crane and ensured timely completion. Janet is very creative, and also has the management skills to coordinate input from others and produce results.

As a founding member and Chair of the Warrnambool Art Gallery Foundation, Janet has worked with a small group of Trustees to invest Foundation funds in artworks that strengthen and extend the Gallery's permanent collection. Janet is also a member of the Friends of the Warrnambool Art Gallery who provide a vital link between the Gallery Staff and the broader community through attending events and exhibitions, fundraising and catering.

Janet is an effective communicator and is often the ‘go to’ person in these organisations as other members seek her advice and guidance. She has excellent broad general knowledge and uses sound process when making decisions that preserve or develop community assets. She is a team player, but is also an effective leader. She provides excellent support to other volunteers, especially young people, such as work experience students.

Janet continues to support young people in public speaking through volunteering her time to coach them to develop their skills and she coordinate sections of the Warrnambool Eisteddfod and Legacy Public Speaking Competitions.

House Music events take place in Warrnambool and they are where a small group of music enthusiast open their homes to other members of the community to enjoy a range of musical styles on a Sunday afternoon.  Janet and a small group of friends open their homes and co-ordinate these events. Audience members pay an entry fee and walk to four different homes to enjoy the music and finish at one home for a glass of wine and other refreshments. Funds are raised for charity with the most recent event raising funds for those impacted by bushfire in our region in March 2018.

Good standing in the community

Janet is well respected in the Warrnambool Community where she spent the majority of her professional career as a senior secondary teacher and administrator. During this time it would be fair to say that Janet had a positive influence on the lives of thousands of young people in Warrnambool.

Since retirement from teaching, Janet has immersed herself in the arts and culture in Warrnambool and the community is so much richer for it.

Positive attitude to ageing inspires others

Janet’s age is relevant in so far as it has resulted in her accumulating wisdom, broad general knowledge and sophisticated skills in communication and teamwork to achieve outstanding development of cultural assets in Warrnambool.

She readily works with people of any age and has the ability to involve others in community activities and events as they wish.